Get Started
₿ ⚡ [19th May] How to build a fortune through Cryptocurrencies, in 20 minutes or less 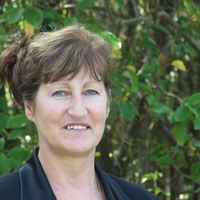 Create the Life You Want Your beliefs, your thoughts, and your habits create your reality—consciously or unconsciously. Learn to go inside yourself, find your deep inner knowing, and you can consciously create the life you desire. When I was five, I drowned. I remember the tunnel, the light, the feeling of absolute calmness and beauty as I sank into the depths. I learned that life is more than the physical body. Young as I was, that lesson set me on a lifelong quest to learn the truth about who we really are. As the youngest of six children in a loving family in South Africa, I was raised in a culture that was steeped in conformity. As a child, my passion was dancing. If I had been allowed to study dance, I might have lived an ordinary life of conformity. On reflection I realized that following a more difficult path was a gift. In 1997, I had the opportunity to relocate to New Zealand. After traveling halfway around the world, I had an innate sense of coming home. The synchronicities that happened confirmed that I was on the right path. Within two weeks of arriving, I received a scholarship to become a naturopath. I finally had the time to immerse myself in the study of consciousness, how the mind works, the thought processes, and how we determine our reality. I experimented on myself, practicing disciplines such as sitting completely still for ten hours a day, meditating. The insights were incredible. In 2008, I started the Integrated Relief Center, where I was able to help people become self-empowered, to express their truth, to dare to be who they are. That gives me the greatest joy …to see someone come alive, empowered …to see them realize, “This is my gift. This is my passion.” I then feel, “Wow, this is what it’s all about.” In late 2012, I had a vision—New Zealand the First Light. By the following April, I had created the event that made my vision a reality. It was like something bigger going on at that time, and I was purely the conduit for it. My heart was overflowing. We had a symposium to bring thought leaders from around the world together to collaborate. They spoke about a new way of being—of living from the inside out, not from the outside in. After the symposium, I learned how to set up Web TV. I thought I would rather die than talk publicly. When I went to Los Angeles for training, I had to go on stage in front of everybody and be filmed. Somehow I found the strength to push through the fear. It was a huge, huge turning point for me. And that is how “Authentic You Web TV” was born. New Zealand the First Light became international as I interviewed teachers globally. My purpose and passion in life are to assist others into consciousness. Are you looking to change your life, to find the service you are truly here to provide, to build the business that will fulfill you? I would love to support you in creating the life you desire.

Quality education and lifelong learning for all

Great at starting things, but not so good at finishing, like Albert Einstein & Richard Branson.

Creators are great at getting things started, and terrible at finishing.

Member of (View All)

Rooting an Android device is the most important thing users look for after installing an Official Firmware, or after purchasing a brand new device, however, most of the people don’t know that for the Firmware you can use any recent version of Super SU.zip and as far as the Custom Recovery is concerned, it is for the device, not the Android version, so it doesn’t matter which Android version you are using you can use the same recovery you used for the Older version and it will work without any problem.
https://androidswiki.com/z4root-apk

Diane is such a wonderful mentor! She is a beautiful person whose kindness and caring shines through every word she says. Diane listens and understands and finds precisely the way to prompt new insights. She is helping me in more ways than I expected, and I am forever grateful.

Diane is certainly a shinning light. Just chatting with Diane one gets a sense that there is a higher consciousness. Diane is a wonderful resource to the GeniusU community, I recommend you reach out to her as she is doing an amazing job bring resources to community for people who are looking raise their awareness.

See all 22 reviews
Leave a review for Diane
Sort By