4 Tips for Building Your Dream Network 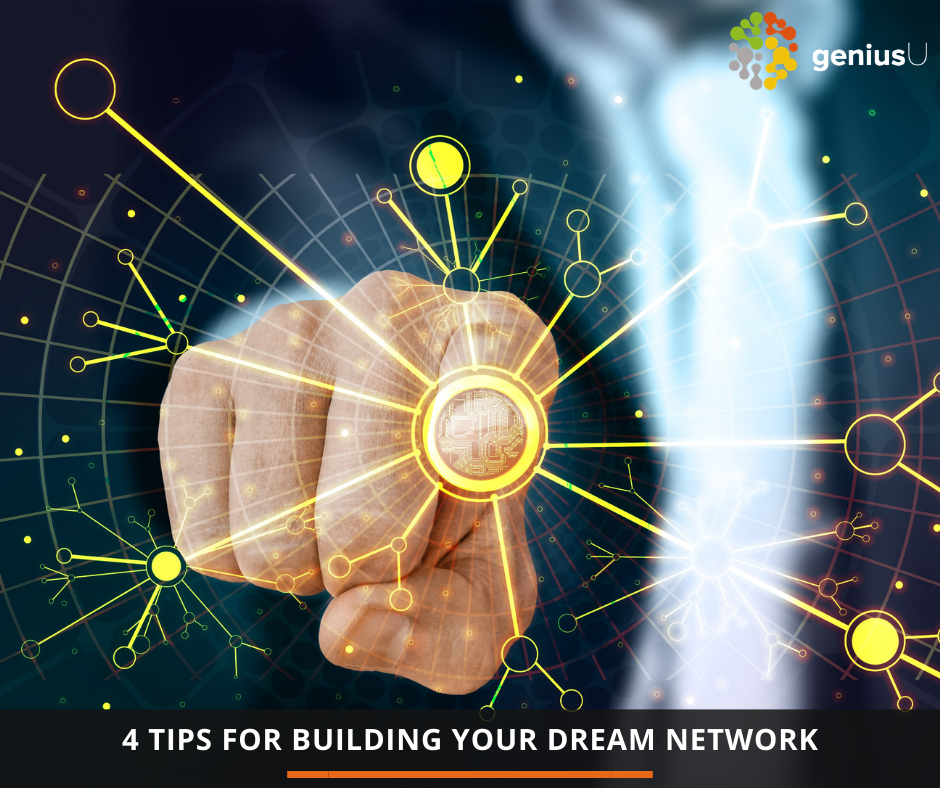 When it comes to networking, these days it’s easy to get distracted by the sheer amount of tools available to us. From LinkedIn and Twitter to online forums and Facebook Groups, it can be overwhelming to figure out where to invest your time, energy, and dollars.

On top of that, the nature of networking shifts as the tech landscape changes—making each year different from the last.

That being said, by following a few basic rules and being active within a couple of key venues, you’ll be able to take your network to the next level.

No matter how digital the world becomes, face-to-face interactions will never lose their value. Not only does meeting in person leave a more memorable imprint than a digital interaction, but it can also be more efficient. After all, not many people can type faster than they speak. And research backs up the value of in-person relationship building.

One of the best ways to meet influential people in any industry is by getting into the digital publishing space. Whether you launch a podcast, YouTube series, blog, or something else, these platforms can be terrific ways to construct a world-class network in a mutually beneficial way. Why? In exchange for exposure to your audience, many individuals who would be too busy or preoccupied to connect with you otherwise may agree to come on your show—giving you an opportunity to have a one-on-one conversation with them.

We’re more spoiled today than ever when it comes to virtual networking. Thanks to social media, we’re a couple of taps away from some of the world’s most sought-after leaders, entrepreneurs, and public figures. The problem is that access is almost too easy, so powerful individuals get burned out by entitled people (emboldened by the distance and anonymity of the internet) asking for favors they haven't earned. Most people don’t know how to properly build a relationship with a thought leader or influencer online. Instead of fostering an authentic connection with someone who’s further along in their career than you, most go straight for the “ask” —a move that’s equivalent to asking a stranger in a grocery store to marry you.

If you want to build a connection with a high-profile individual in your space, you should take the long view: thoughtfully engage with that person’s online content on a regular basis—Tweets, videos, LinkedIn posts, et cetera—with valuable comments. Tell them you appreciate their thoughts, and share some of your own. Let them know how their blog post reminded you of an experience you’ve had. Tell them why you feel a different approach to a problem could offer the same solution. If you do this consistently over a long period of time (6+ months), your name will be a familiar, appreciative one—giving you a clear opening to initiate a one-on-one conversation that is likely to be well-received.

Pro Tip: When interacting with these individuals, avoid cliche questions like “Can I pick your brain?” or “How can I add value to you?”. For those who get contacted by a large number of people, these are telltale signs of a transactional relationship. Just start with expressing your admiration for or connection to their work, and leave it at that.

Bestselling author and productivity savant Tim Ferriss have one piece of advice when it comes to networking: go deep with a select number of people. Instead of making dozens of surface-level connections, and throwing your card at every person you meet five minutes after shaking their hand, focus on cultivating meaningful relationships with a few powerful people. It's also important to remember that in professional relationships, as in any relationship you'd expect to sustain over time, some compatibility helps.

If you connect with someone, they'll want to spend time with you and help you out because they're rooting for you, and may even see some part of themselves in you. When someone feels they really know who you are, they're more likely to stick their neck out and advocate for you. High-profile figures tend to know other high-profile people across a variety of industries—and when they make a full-throated, personal recommendation, it carries a lot more weight.