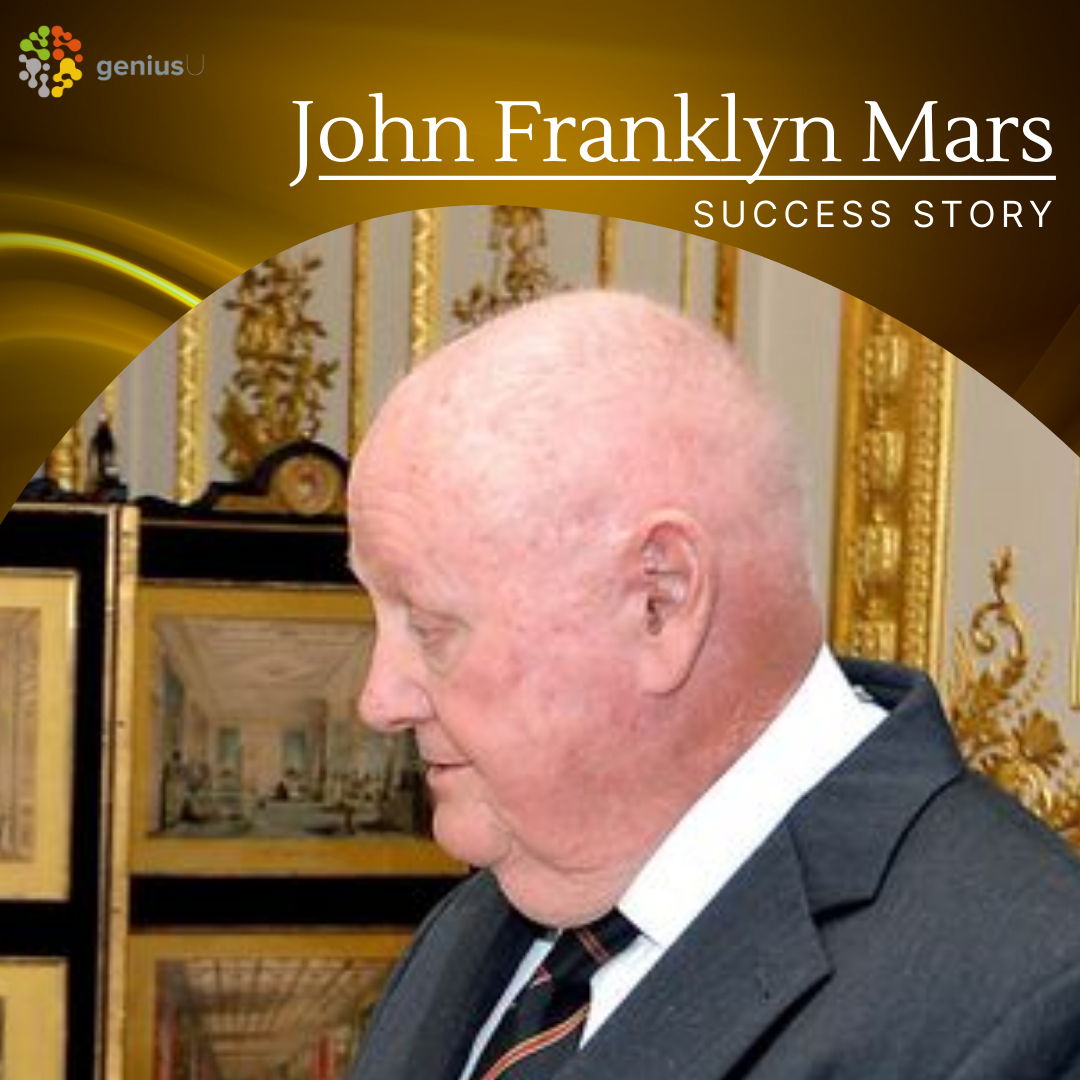 John Franklyn Mars (born October 15, 1935) is an American businessman. John Franklyn Mars earned a huge part of his net worth from his family-run business. John and his siblings Jacqueline and Forrest Jr. (died July 2016) inherited stakes in the candy firm Mars, Incorporated when their father died in 1999.

Mars, Incorporated is an American multinational manufacturer of confectionery, pet food, and other food products and a provider of animal care services. It was ranked as the 6th largest privately held company in the United States by Forbes.

Mars is a company known for the confectionery items that it creates, such as Mars bars, Milky Way bars, M&M's, Skittles, Snickers, and Twix, and also non-confectionery snacks and food items. Not just that, Mars also manufactures popular pet foods, such as Pedigree, Whiskas, Nutro, and Royal Canin brands.

As of July 24, 2020, according to Forbes, John Franklyn Mars has an estimated net worth of $31.3 billion, ranking him the 29th-richest person (Forbes Billionaires 2020) in the world. But, it wasn’t the only thing that made him enter the list of Forbes, but his dedication and commitment towards the firm led him to stand strong against several storms of his life.

Born in 1935 to Forrest Mars Senior, who had highly influenced the progress of the company, John graduated from the Hotchkiss School in Lakeville, Connecticut in 1953 and Yale University, before entering his family business.

John learned lessons of economic living with food and money in his childhood, when his father refused to spend money on a decent living, to build his business. As time passed, he developed the habit of working for everything that he wanted in his life with no availability of fancy clothes, cars, or any other allowances. This harsh lifestyle was induced to John and his brother, Forrest Mars Junior, by their father with a focus to make them productive, instead of playboys.

The hard work done in childhood rewarded John when he grew up young and became capable of earning a living. After completing his graduation from Yale, John started serving the US Army, wherein he worked for 2 years between 1956-58. After this, he joined his family business with the consent of his father, with his first assignment to initiate a pet food company, far from his home, in Australia.

Although the task was a hard nut to be cracked by an entry-level businessman, yet he deliberately moved to Australia and started working on his assignment. He progressed slowly in his business while learning many lessons throughout his path and at present, administers the pet food operations of the firm across the world.

Another problem arrived when Hershey became the leading company in America in 1988, pushing Mars to the 2nd spot, for the first time in the history of the industry. During this era, John accompanied his brother, Forrest Jr, to take the company back to its position, for which, he acquired Ethel M Chocolates, a firm established by their father after handing over Mars to them. This action expanded the operations of their firm and accompanied by some brilliant decisions moved the company back to its reputable position in 1991.

Tackling every obstacle in his path, John grew into a successful businessman and is generally coined as the main brain of Mars, being the chief-decision maker. Moreover, he is recognized for pushing the firm towards automation that allowed enhancing its productions and hence, spread out to other countries, outside of the USA. Thus, the training that began in childhood rose John Mars to a great height of success.

John Mars is one of the richest businessmen in the world. Mars’ personal life is as ostensibly smooth and steady as his work in the business world. While he might not be a very visible billionaire, John Mars has guided Mars Incorporated into one of the most respected candy brands in the world.

What do you think about John Mars’ story? Leave a comment below.