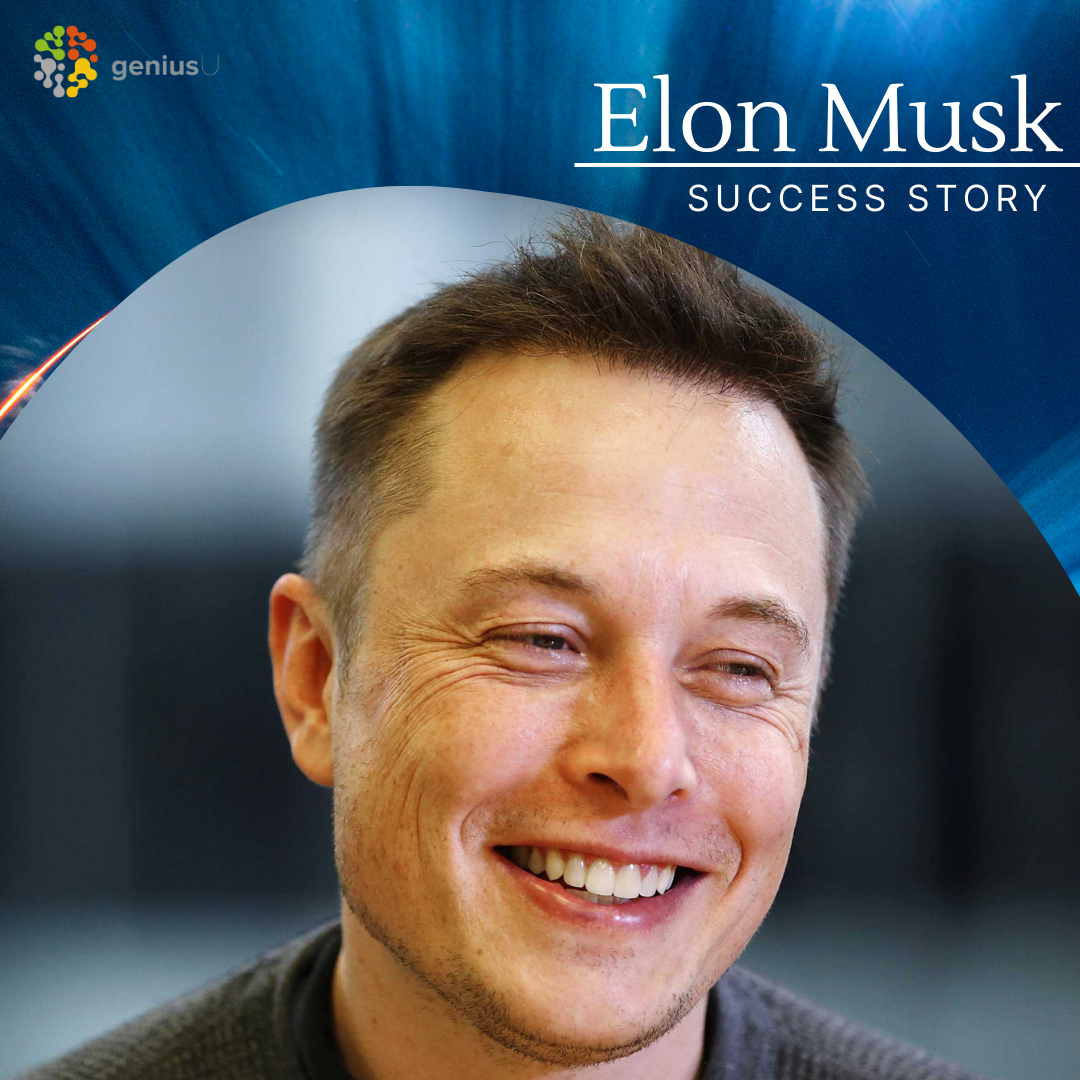 Visionary entrepreneur Elon Musk is the co-founder of PayPal (PYPL) and Tesla Motors (TSLA) as well as the founder of SpaceX. His astounding success has given rise to comparisons of Musk and Steve Jobs, Howard Hughes, Henry Ford, and Bill Gates. Amid an often difficult childhood, Musk developed a relentless work ethic (he is known to work as many as 80 to 120 hours per week) and a tenacious single-minded vision.

On Sept. 7, 2018, Musk appeared to be smoking marijuana while interviewing for a podcast. Coupled with the exit of Tesla's head of human resources and chief accounting officer, that news saw the stock drop in trade. This was just another addition to the string of bad news for the company, including a shareholder lawsuit against Musk and the company for his infamous tweet on Aug. 7. Musk had tweeted that he is considering taking Tesla private. The company later decided against the move.

Despite these incidents, Tesla's stock has only continued to climb higher under Musk's leadership, increasing his wealth along with it. In Jan. 2018, Tesla announced a compensation structure in which Musk would not receive an annual salary but would instead earn cash based on the increasing market caps the company hoped to achieve over the next ten years. As of March, 2021, according to the Forbes Billionaires Index, he has an estimated total net worth of $157 billion.

We look at the early life and education of the man behind a string of companies that have disrupted multiple industries.

—• KEY TAKEAWAYS • —
- Elon Musk is the charismatic founder and CEO of electric car maker Tesla as well as SpaceX and the Boring Company.
- Born and raised in South Africa, Musk spent time in Canada before finally moving to the U.S.
- Educated at the University of Pennsylvania in physics, Musk started getting his feet wet as a serial tech entrepreneur with early successes like Zip2 and X.com

—• Family Background and Youth in South Africa • —
Elon Reeve Musk was born in 1971 in Pretoria, one of South Africa's three capital cities. His father was an engineer and his mother was a model and nutritionist. He is the oldest of three children in an ambitious family. His brother Kimbal Musk is currently a venture capitalist and environmentalist. His sister Tosca Musk is an award-winning producer and director.

After his parents divorced when he was a child, Musk lived primarily with his father. Musk started school a year early, attending the private Waterkloof House Preparatory School and later graduating from Pretoria Boys High School. He read voraciously and was also an avid fan of comics. Self-described as a bookworm and something of a smart aleck, he was bullied in school and withdrew to his books at the expense of his social life.

—• Bullied as a Child • —
Musk’s intellectual aptitude did him few favors as a child. He found few friends in the tough-minded Afrikaner culture he encountered in school.

"I had a terrible upbringing. I had a lot of adversity growing up. One thing I worry about with my kids is they don't face enough adversity," he would later say in an interview.

Musk attended the English-speaking Waterkloof House Preparatory School, and later graduated from Pretoria Boys High School. The years were lonely and brutal, from his descriptions.

“They got my best friend to lure me out of hiding so they could beat me up. And that hurt,” Musk said. “For some reason they decided that I was it, and they were going to go after me nonstop. That’s what made growing up difficult. For a number of years there was no respite. You get chased around by gangs at school who tried to beat the (expletive) out of me, and then I’d come home, and it would just be awful there as well.”

If there was a point of bright escape for Musk; it was technology. When he was only 10, he became acquainted with programming via the Commodore VIC-20, an inexpensive home computer. Before long, he had become proficient enough to create Blastar — a video game in the style of Space-Invaders. He sold the BASIC code for the game to a magazine called PC and Office Technology for $500.

In one telling incident at that time, Musk, along with his brother, planned to open a video game arcade near their school. Ultimately, their parents nixed the plan. But apparently, the only thing stopping them was the need for a city permit which had to be applied for by an adult.

—• Moving to Canada • —
At 17, Musk moved to Canada to avoid serving in the South African military, whose main duty in the late 1980s was enforcing apartheid. He would later obtain Canadian citizenship through his mother.

After emigrating to Canada, Musk enrolled in Queen's University in Kingston, Ontario. It was there that he met Justine Wilson, an aspiring writer. They would marry and have five sons together, twins and triplets, before divorcing in 2008.

—• Musk's Education in the U.S. • —
After two years at Queen's University, Musk transferred to the University of Pennsylvania. He took on two majors, but his time there wasn’t all work and no play. With a fellow student, he bought a 10-bedroom fraternity house, which they used as an ad hoc nightclub.

Musk graduated with a Bachelor of Science in Physics, as well as a Bachelor of Arts in Economics from the Wharton School. The two majors speak to the direction Musk’s career would take later, but it was physics that made the deepest impression on his thinking.

“(Physics is) a good framework for thinking,” he’d later say. “Boil things down to their fundamental truths and reason up from there.”

Musk was 24 years old when he moved to California to pursue a Ph.D. in applied physics at Stanford University. With the Internet exploding and Silicon Valley booming, Musk had entrepreneurial visions dancing in his head. He left the Ph.D. program after just two days.

In 1995, with $28,000 and his younger brother Kimbal at his side, Musk started Zip2, a web software company that would help newspapers develop online city guides. In 1999, Zip2 was acquired by Compaq’s AltaVista web search engine for a whopping $340 million. Musk used his Zip2 buyout money to create X.com, which he intended to shape into the future of banking. X was merged with a company called Confinity and the resulting company came to be known as PayPal. Musk was then ousted from the company before it was bought by eBay for $1.5 billion.

—• Tesla and Beyond • —
In 2004, Musk joined engineers Martin Eberhard and Marc Tarpenning to help run Tesla Motors, where Musk was integral in designing the first electric car: the Tesla Roadster. After Eberhard was ousted from the firm in 2007, following a series of disagreements, Musk seized management control as CEO and product architect. Under his watch, Tesla has become one of the world's most popular and coveted car brands.

With his interstellar travel company SpaceX, Musk landed several high-profile contracts with NASA and the United States Air Force to design rockets and conduct military missions. Musk has been vocal about his plans to send an astronaut to Mars by the year 2025 in a collaborative effort with NASA.

In addition to producing electric vehicles, Tesla maintains a robust presence in the solar energy space, thanks to its acquisition of SolarCity. Founded in 2006, this clean energy services company currently produces two rechargeable solar batteries, mainly used for stationary energy storage purposes. The smaller Powerwall was developed for home backup power and off-the-grid use, while the larger Powerpack is intended for commercial or electric utility grid use.

—• The Bottom Line • —
Musk's early interest in reading philosophy, science fiction, and fantasy novels is reflected in his sense of idealism and concern with human progress. He aims to work in the areas he has identified as crucial to our future, specifically the Internet, the transition to renewable energy sources, and space colonization. With his work with PayPal, Tesla Motors, SolarCity, and SpaceX, he has defied critics and made advances in all three of these frontiers.

From his career, we can say that every company he built was innovative and one of its kind. Elon Musk made millions of dollars at his starting age, but he didn't stop his passion for innovation, which resulted in companies like Tesla, PayPal, SpaceX. He is a successful and wise risk-taker and a great example of an admirable leader. He dreams about new things and works hard to realize those dreams. He can think of an innovation that combines design, technology and business, along with a lot of confidence and ability of crazy risk-taking!