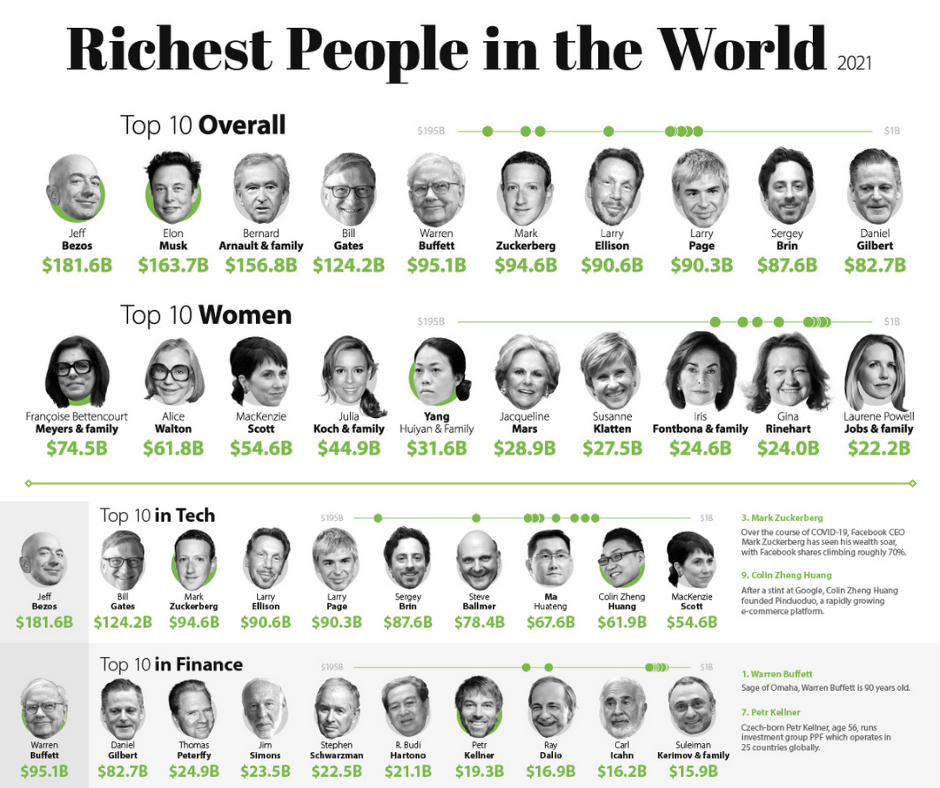 Over $567 billion has been amassed by the 10 richest people in the world in less than a year. You'll be amazed to see how the wealth of various uber-affluent groups have changed since the beginning of the pandemic.

To put that into perspective, that’s more than sevenfold the wealth accumulated by the top 10 in the time period prior. As just one example, Elon Musk witnessed his wealth increase at least 500% in the last year. Meanwhile, Amazon’s Jeff Bezos has earned a cool extra $68.6 billion.

With a net worth of $191 billion, Jeff Bezos is the wealthiest in the world. After 26 years, Bezos announced he would step down as Amazon CEO to become executive chairman to focus on Blue Origin, among other endeavors. The private company states that it is “opening the promise of space to all” and is planning to launch New Glenn, its first rocket in the second half of 2022.