Join us with Angie Stead at the Global Entrepreneur Summit. 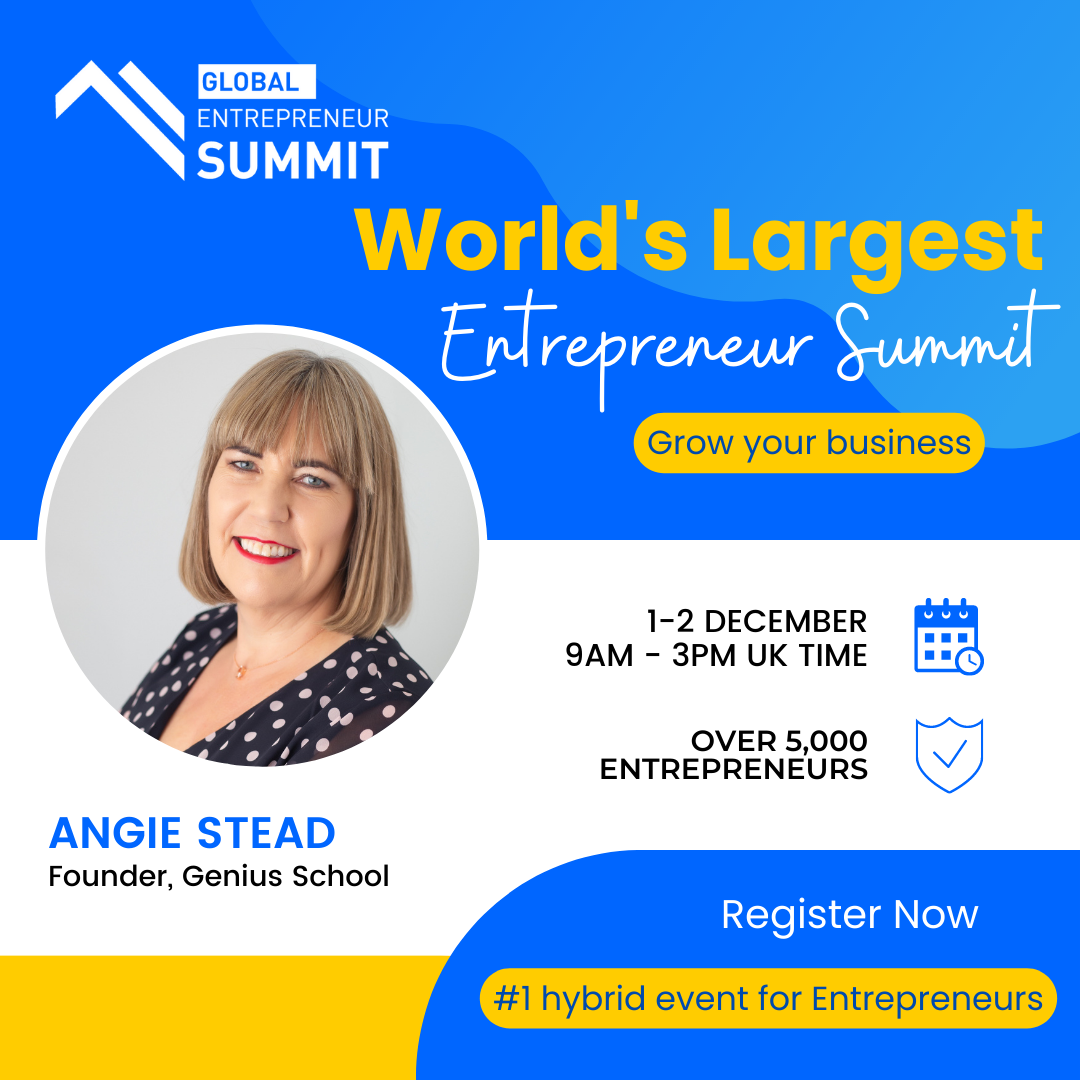 During the Global Entrepreneur Summit learn the Top 10 trends that will impact your business the most in 2023, and how to profit from them. From crowdfunding and cryptocurrency to augmented reality and artificial intelligence, discover the biggest waves and how to surf them during these changing times. So come and join us on the 1st and 2nd of December.

We are so proud to bring you a great panel of speakers and among them is Angie Stead, Co-founder of Genius School. In 2007 Angie took herself from earning a good salary in the UK as a quality assessor to infrared because Mark and Angie gave up their jobs and moved to New Zealand. Angie’s priority was her children and she started working part-time as an assistant to a business coach and moved to red. Angie connected with Roger and the GU community around 2008/2009. She was introduced by Kevin, the business coach.

Angie came to an event and joined XL and started following Roger’s teachings. She then decided she wanted to do something more meaningful in an early childhood education as she saw there was a need and a problem that needed solving in early childhood education and by listening to what Roger taught her, she started the move towards making the changes she wanted to see happen. She started consulting education companies and moved to a strong yellow to help them make the change and she was still wanting to do it her way, and make a bigger impact.

Angie then decided to open her own childcare centres and found investors based on being part of Crystal Circle. And the rest is history as she now has multiple sources of income, multiple teams and Education Angels - a home-based childcare business.