Wall Street stole $300 Million from me. I’m getting it back. 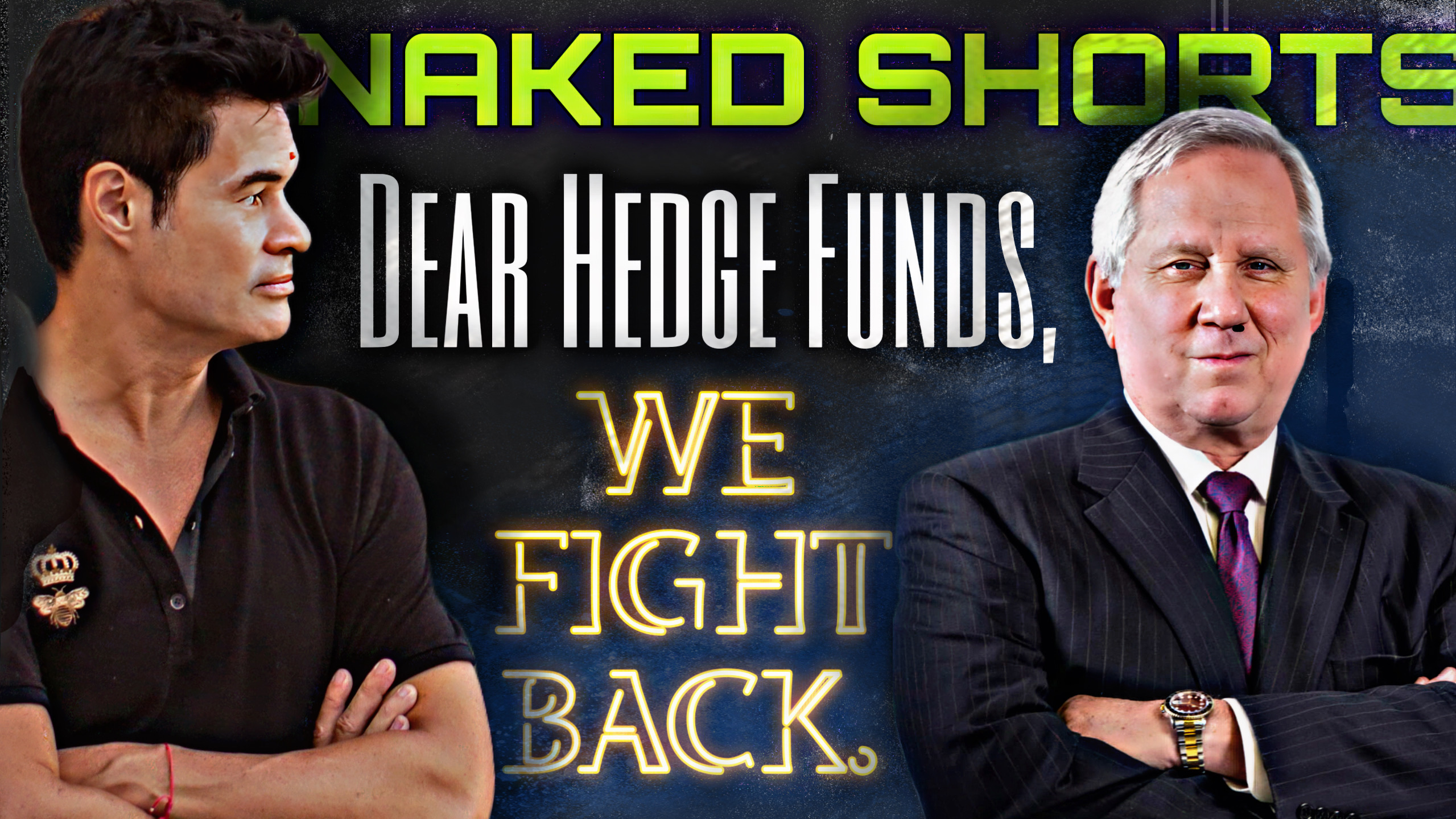 Wall Street stole $300 Million from me. I’m getting it back.

A few months ago I suspected someone was stealing from our company. We hired Wes Christian, the lawyer famous for fighting illegal naked short selling, to investigate. In the last two weeks, he’s come back with proof that yes, we’ve got crooked funds and brokers selling $GNS shares out of thin air, with a massive amount of counterfeit shares being created in the process. In eight months they've stolen more than $300 million from me and my $GNS shareholders, and they've done it from under our noses. Now we're going to get it back.

If you are new to the idea that Wall Street has found a loop hole in the trading system that allows them to simply print and sell shares, have a watch of this documentary, the Wall Street Conspiracy, (https://youtu.be/26_IcexvePA) which features Wes. Unbelievably, this was released a decade ago, yet FINRA and the SEC have still not closed the loophole.

We had Wes speak directly to our shareholders on how our $GNS shares are being attacked, and what we can do about it. I released the video on Friday and it’s already been viewed over 35,000 times with over 800 comments from investors who have been wanting something done about this for years: https://youtu.be/KuNm8Ij5V3k

So how did this illegal trading happen to $GNS and why does Wes Christian describe this as “outright theft”?

How to steal $300 million in broad daylight

What can be done about it? There’s huge frustration from retail investors and high profile cases like GameStop and AMC and many more small cap companies like ours. The problem is, according to SEC rules, CEOs and company management are not meant to spend time talking about (or complaining about) their share price, and so most feel handy capped. It’s like getting robbed in a library where if you shout “Thief!” the librarian points to the ‘silence’ sign and kicks you out.

As for me, I think it’s about time CEOs speak up for their shareholders. If we’re being robbed, CEOs and company boards have a fudiciary role to take action on behalf of their shareholders. This shouldn’t be optional. We already have to by law report and take action against any illegal activity inside our companies, and so of course we should take action against any illegal activity outside - and against - our companies.

The good news is thanks to having Wes Christian on board, and thanks to the conversations I’ve already been having with other CEOs affected by naked short selling, we’ve found that there are mechanisms we can use to fight against these criminals.

We have a board meeting this week to go through all the options and choose the ones we’re going to use for Genius Group. I’m sharing them here so other CEOs and boards know this is not a lost cause and there’s a playbook that has worked for companies who put it in place.

Action 1 - Be EBITDA positive and cash positive. If you don’t need the money, they can’t achieve their No.1 goal which is to bankrupt you. This buys you time but it doesn’t solve the underlying issue.

Action 2 - Get your investors on your side. This might sound obvious, but even in our case we have all been worried of saying the wrong thing and getting in trouble with the SEC. So too many CEOs and boards stay silent. That’s what the criminals want, as their goal is to scare your investors away. Get them on side and if they believe in you most will stay for the fight.

Action 3 - Take legal action. These guys are super clever at hiding their tracks. Wes Christian, his firm Christian Levine and the company Share Intel opened my eyes to the sophisticated systems that can now track who’s doing what to your stock. The number of nine figure settlements he’s achieved is equally eye opening. The success rate on cases, for those who decide to fight, is truly amazing.

Action 4 - Issue a special dividend that’s trackable. When a company issues a dividend, all brokers are forced to declare to DTCC how many shares their clients hold and dividends to pay. In theory, this exposes the over-sold shares and brokers are forced to cover. In reality, as Wes says, crooked brokers will simply not declare the fake shares they sold and then pay the dividend out of their own pocket as cost of business. If you issue a dividend that isn’t straight cash - such as a spinoff of a company so you are issuing shares, or a blockchain based asset, then the brokers can’t do that are a forced to either cover or be exposed.

Action 5 - Do a merger with another public company. This also exposes the crooked brokers and funds in the same way as action 4, and is a strategy that $TRCH took and $CRTD is currently taking.

Action 6 - Do a dual listing. Listing on a second exchange, especially one in which short selling is more tightly regulated and in which the DTCC loophole doesn’t exist, makes it more difficult for short sellers to push down shares on NYSE or Nasdaq as arbitrage traders will trade the delta. If they try and to push a share from $6 to $3, someone else will buy and $3 and sell back at $6, bringing the price back up.

Action 7 - Have share buybacks approved. If the criminals can’t bankrupt you, they’ll try and delist you. Once share price is low enough, that’s a danger on any exchange. By knowing you can always bring upward buying pressure by buying back your own shares makes it more difficult for them to achieve this

Action 8 - Have reverse splits approved. Similarly, if you have the ability to quickly shrink the number of shares and increase the price through a reverse split, by having a reverse split already approved by your Board and Shareholders, it takes away the risk of delisting in the event your exchange gives you notice to increase your share price.

Action 9 - Issue shareholder perks. Ultimately, naked short sellers are betting on being able to issue fake shares and then buying back legitimate shares at a lower price over time. If they can’t do this as the price goes up before they can cover, we win. So reward the shareholders who are willing to fight with you by rewarding them, whether it is through discounts to your products or opportunities that they enjoy simply by virtue of being your shareholders and sticking with you.

Action 10 - Delist and list again. If all else fails and you have the cash, know that you always have the nuclear option of buying back the company, which will expose the fake shares, delisting from the exchange where you are infected, and then relisting on a better exchange or with more safeguards in place. In such a situation, you can bring all the legitimate shareholders with you.

Action 11 (bonus) - Be awesome. Elon Musk went for over a decade fighting naked short sellers. To the extent that he called the SEC the “Shortseller Enrichment Commission” for not taking action to enforce the illegal short selling impacting Tesla. His solution - Just keep building an awesome company that can change the world, and never, never, never give up.

Which of these will we adopt for Genius Group at our Board Meeting? We'll discuss them all this Wednesday and decide, and then share with the market.

I’m new to this, and as time goes on I’m going to add to this list. On next week’s blog I’m going to share the steps your investors can take. Wes already goes into this in the video above. If you’ve got any suggestions or if you’re a CEO yourself ready for the fight, please do connect with me. DM me on Twitter and let’s talk.

This is a fight worth fighting, and a fight we can win.

NB: If you're one of our investors and you missed our Investor Call last week, you can watch the full replay including conversation with Wes and the Q&A that followed here: https://ir.geniusgroup.net/news-events