In this Microdegree you will learn about the seven universal facial expressions of emotion and how being able to read micro expressions can assist in many areas of your life.

The Five Channels of Communication

This course introduces the first of the five channels of communication: (1) facial expressions.  If you’d like to learn about the other 4 channels, please take another course’: (2) gestures and body language, (3) voice, (4) verbal style, and (5) verbal statements. By the end of the program, you will have a good understanding as to how each of these areas work individually with behavioural cues, and to how they interact with deception detection.

When a true emotion is felt the facial expression that occurs is an involuntary response to the emotion, it happens without thought and can not be controlled. After completion of this course you will be able to spot true (or genuine) and false emotional responses. To spot an emotion that is not genuine, 1) look for expressions that are asymmetrical (irregular or uneven – with the exception of contempt) and 2) check the duration of the expression - as they are often either too long or too short. You may also notice that the timing of the expression doesn’t match the speech eg. the speech comes first followed by the expression.

Look forward to working with you on this interesting journey! 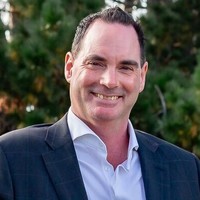 Stu Dunn is the first Facial Action Coding System (FACS) Certified consultant in New Zealand. Stu has had a natural interest in human behaviour and non verbal communication for most of his life. Stu's continued study of psychology, body language, micro expressions and FACS has helped him become New Zealand's leading expert in micro expressions, emotional surveillance and FACS (FACS is the most detailed de-coding of the face, and universally recognized by psychologists and physiologists worldwide).

Stu is also one of the first in the world to achieve Master Level on Humintell's Mix Elite Micro Expressions software. Stu has been studying body language since 2001, and has worked with participants from New Zealand, Australia, United States, United Kingdom, India, Canada, Germany, Afghanistan, Portugal, Switzerland, Poland, Macedonia and Sri Lanka so far. This includes working with participants from the NZ Defence, IRD Fraud Investigators, Sri Lankan Customs, Homeland Security, Telecom NZ and Vodafone to name a few.