The Foundations of Wealth Investment Plan

Welcome to Crisis Investing with Mark Robinson. Over the next five days you will learn how to take advantage of the huge opportunities a crisis can offer for those that know where to look.

If you are wanting to create multiple streams of passive income, this is the module for you. 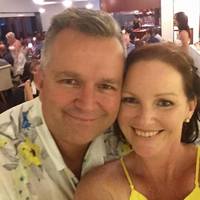 Before you start to invest you need to build solid foundations and habits that will see you invest regularly for maximum returns. Whether you are building an online business or investing globally, this course will show you how to create income streams from the comfort of your home.

Here is what we will cover:

Use the formula to work out where you want to be and where you are now so that the steps in between become much clearer.

Where you are now and understanding how to use debt the right way,

Your financial house, education and building your perfect portfolio.

What do you get?

Mark is a successful investor, author and international speaker on passive income strategies and alternative investments. He is supported by his amazing wife Billie and their two teenage daughters. Mark met Roger Hamilton on the Sunshine coast at one of his preview events back in March 2007 and life has never been the same since. Mark and his wife Billie joined XL the very next day and booked to go to the EBS in Bali three weeks later.

After successfully completing EBS, Mark came back and completely transformed his business by implementing the Wealth Dynamics profiling system. Every business partner and staff member did the test and were moved to more suitable positions where needed. Over the next four years the Acquire Group of companies was born and Mark went from a “one man band” to six very successful companies incorporating finance, financial advice, property, corporate super, insurance and accounting. In fact, the accounting arm was one of the fasted growing companies in its first year hitting mid six figure turnover.

Mark has authored six books in the Winning the Wealth game series, spoken internationally including USA, Thailand, Hawaii and New Zealand and at one point had over 14 different passive income streams.

In 2014, Mark sold most of the companies in the Acquire group, moved the family to Sydney and set up The Wealth Game (now The International Academy of Wealth). His passion is education around creating multiple streams of income as the biggest threat to working families is relying on one or two sources of income. Mark learnt this from experience as one of their companies had a rogue employee that cost them over one million dollars personally to correct. Had it not been for their multiple streams of income, life would be completely different right now.

Mark loves seeking what he would describe as outside the system investing strategies and believe you should not believe anything the main street media tells us. “Always look behind the headlines to find what they are distracting us from” he would often say.

One strategy getting plenty of media attention is Bitcoin or crypto currency. While the media focused on the bad side of Bitcoin, it’s the technology behind it that get him excited. “The uses are endless and the technology can disrupt industries in the near future including having the ability to eradicate 90% of all government positions”.