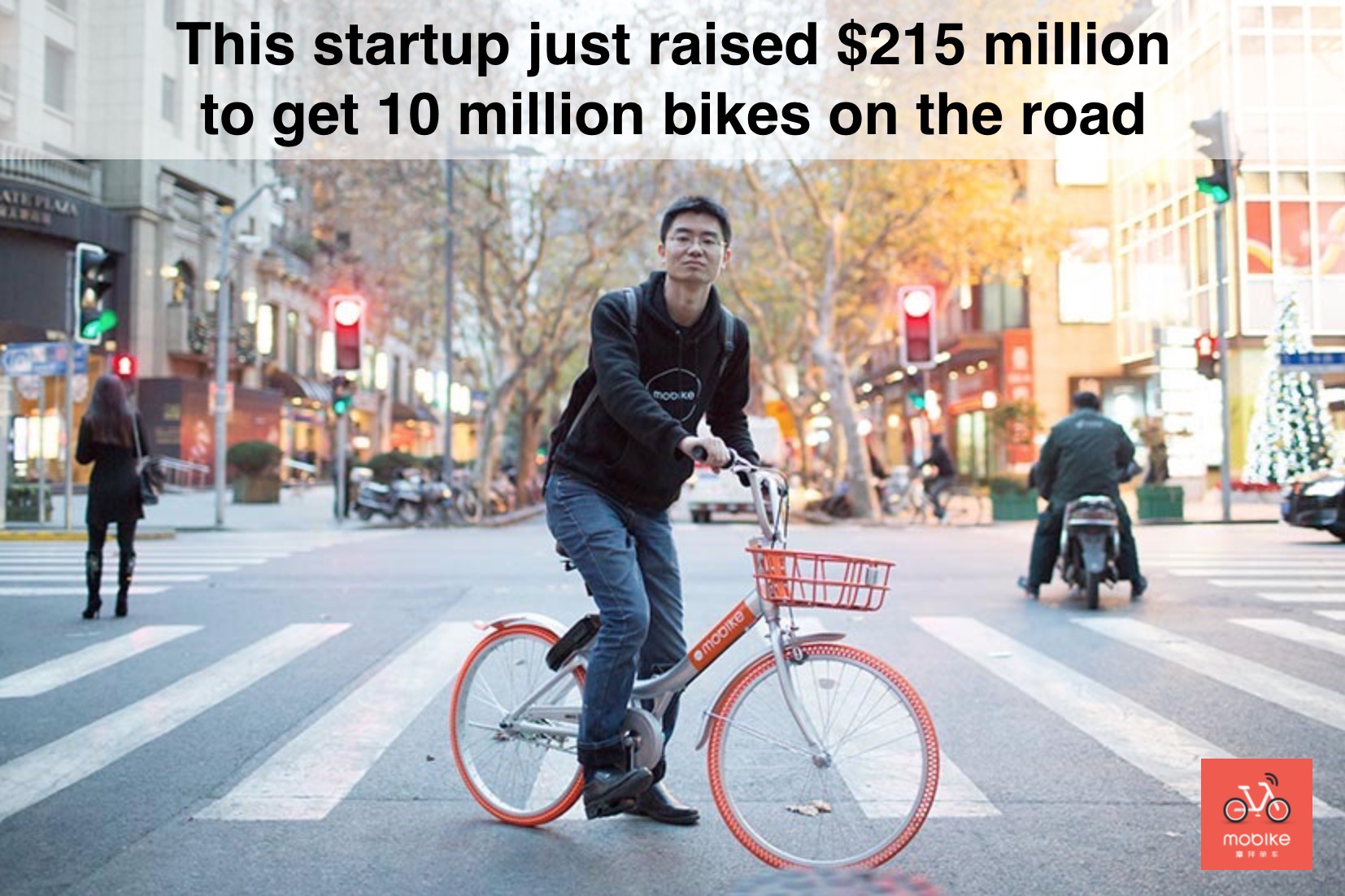 Imagine you came up with an idea that could get people healthy and help the environment. Imagine you quit your dream job, launched a startup around the idea and 2 years later had turned the idea into a billion dollar company.

Two years ago David quit his job as General Manager of Uber in Shanghai after thinking “Why don’t I create an Uber for bikes?”

He launched his company, Mobike, a year ago. Each of his bikes has a pedal-powered GPS, smart lock and timer, so you can find a bike and unlock it with your Mobike App, get charged 15c per hour, and then leave it wherever you finish your ride.

David knew the key to his idea was making his own low cost, high tech bikes. So he started bike-building, and launched the service in Shanghai in April last year.

The bikes were so popular, in August he attracted $10 million from Panda Capital. Then, a month later he raised another $100 million from well known VCs.

Shanghai has now become the No.1 bike-sharing city in the world, and China is now producing more ride-sharing bikes than all the rest of the world put together.

This month Mobike raised $215 million from Tencent and a group of VCs, likely at a valuation of over $1 billion, and this week Xiaofeng did a deal with Foxconn which will get 10 million Mobikes on the road by the end of this year.

In his announcement of the Foxconn deal this week, David said “In 2017, we aim to enable residents in a hundred cities in China and internationally to enjoy our unique and convenient solution.”

That solution is the bicycle, invented in 1817 (and celebrating its 200th birthday this year), with some high tech upgrades.

Sometimes the best ideas are the simplest.

In fact, the technology that David is using for his bikes is freely accessible to anyone to start a similar company.

The difference is, he took massive action.

What simple idea are you delaying today?

Where will you be in 2 years from now by simply taking that next step?

Time to get on your bike!

“Do not wait to strike till the iron is hot, but make it hot by striking.” ~ William Butler Yeats