In a big win for gender equality, Australian female footballers to earn same base pay as men 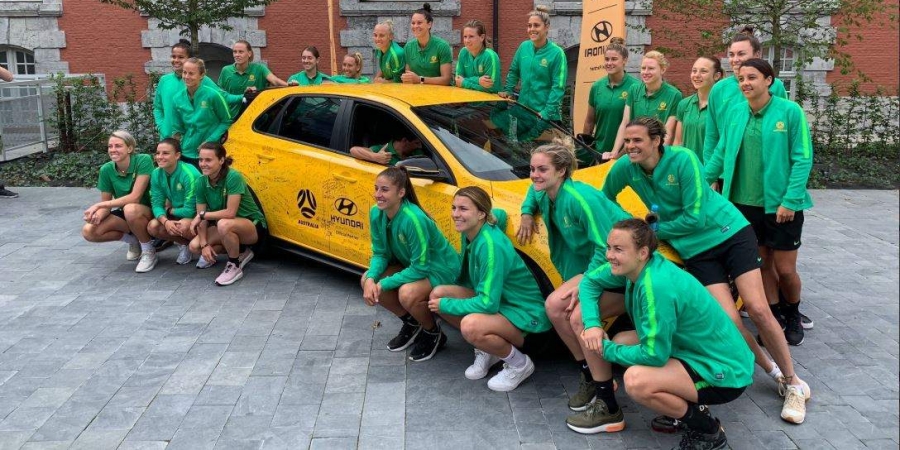 Australia's professional female footballers secured a landmark pay rise Friday that will see them receive the same minimum wage as their male counterparts in a win for gender equality.

Under a new collective bargaining agreement unveiled on the eve of the World Cup in France, the base annual pay for players in the W-League was hiked 33 percent to Aus$16,344 (US$11,393).

Their season is much shorter than the A-League, but pro-rata it matches the men's minimum salary.

Australia has emerged as a champion for equality in the sports arena with netballers and women cricketers also winning better pay deals in recent years.

Football Federation Australia hailed the move as "an outcome that delivers on the gender equity principle of 'same base pay for same base work'".

The deal means that players in both leagues "will receive the same minimum remuneration hourly rate", said FFA Head of Leagues.

Up until two years ago many players in the W-League were considered amateur and received only expense reimbursements, but that changed in 2017 when they won better employment conditions.

Professional Footballers Australia chief John Didulica said he was "proud" to have secured another "landmark step for women footballers".

The W-League, which typically runs from November to February, has been growing in popularity with high hopes that standards will improve further as the country targets hosting the 2023 Women's World Cup.

Australia is at the forefront of closing pay gaps with 17 sporting chief executives, including from cricket, rugby union, and Australian Rules, backing a collaborative effort this year to advance all aspects of women's sport.

"The idea of activating the entire sports ecosystem to hasten change is an approach that could be considered and replicated throughout the world," tennis legend Billie Jean King, a key supporter, said at the time.

'Right thing to do'

Australia is not the only nation pressing for change with the US women's football squad in March filing a federal lawsuit in Los Angeles alleging gender discrimination by the United States Soccer Federation (USSF).

It claims the federation had "utterly failed to promote gender equality" between the women's team and far less successful men's national team, with the players seeking millions of dollars in back pay and damages.

A handful of sports have already moved to address the issue with the World Surf League for the first time this year paying the same prize money to women and men following a growing backlash on social media.

WSL chief executive Sophie Goldschmidt said it was "simply the right thing to do" in announcing the move last September.

Tennis was a leader in leveling the playing field with all four Grand Slam tournaments now paying equal prize money, with the Williams sisters among the most outspoken on pay equality.

The breakthrough football deal in Australia comes with the PFA spearheading a push for an increased cash pool at the World Cup in France that gets underway on Friday.

The Our Goal is Now campaign website said the 24 teams will compete for US$30 million, just 7.5 percent of the US$400 million for the men's World Cup in 2018, adding the gap had widened across the four-year World Cup cycle.