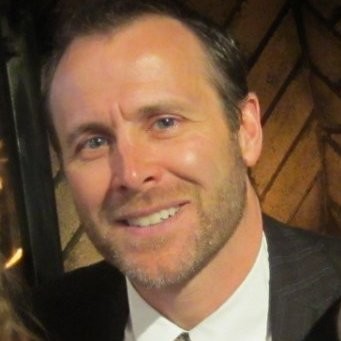 Prior to joining Genius Group, Mr. Warkins served as President of publicly traded Gaia, Inc. (Nasdaq: GAIA), one of the world’s largest on-demand video service producing and curating original content in the conscious media space, serving 821,000 subscribers in 185 countries. In his role as President, from 2015 through 2021, Mr. Warkins drove digital transformation, led all acquisition integrations and international expansions, and negotiated and managed Gaia’s most valued cross-platform partnership deals, in addition to leading all technology and operations. Previously, Mr. Warkins served as VP and COO of Gaia’s predecessor company, Gaiam, Inc., from 2006 to 2015, President of Conscious Media, Inc. from 1999 to 2006, Director of Ecommerce for Corporate Express from 1998 to 1999, and Manager at Accenture from 1991 to 1998.

“Brad is a great addition to our already stellar team,” commented Roger James Hamilton, Founder and CEO of Genius Group. “His wealth of operational experience in building high-growth enterprises will prove invaluable as we move forward with the integration of our acquisitions and work to rapidly scale our operations globally.”

“I am thrilled to join Genius Group and this fantastic team,” added Mr. Warkins. “Roger and the Genius Group team have built a remarkable foundation. I’m excited to be a part of building Roger’s vision for the future of global education.”

Genius Group is a world-leading entrepreneur Edtech and education group, with a mission to disrupt the current education model with a student-centered, life-long learning curriculum that prepares students with the leadership, entrepreneurial and life skills to succeed in today’s market. The group has over 2.7 million students in 200 countries, ranging from ages 0 to 100. The group includes four pre-IPO companies (the “Pre-IPO Group”), and will include four companies intended to be acquired at the time of, or shortly after, the closing of the company’s initial public offering (the “IPO Acquisitions”). Two of these four IPO Acquisitions, Education Angels and Property Investors Network, have already been consummated.

The entrepreneur education system of our Pre-IPO Group has been delivered virtually and in-person, in multiple languages, locally and globally mainly via the Pre-IPO Group’s artificial intelligence (AI)-powered, personalized GeniusU Edtech platform to adults seeking to grow their entrepreneur and leadership skills.

The Pre-IPO Group includes Genius Group, GeniusU, Entrepreneurs Institute and Entrepreneur Resorts. This group of entrepreneur education companies has grown through organic growth and acquisitions, with a focus on adding value to each company through GeniusU, which is being developed to provide AI-driven personal recommendations and guidance for each student. The Pre-IPO Group is now expanding its education system to age groups beyond its current adult audience, to children and young adults. The four IPO Acquisitions will be the first steps towards this. They will include: Education Angels, which provides early learning in New Zealand for children from 0-5 years old; E-Square, which provides primary and secondary school education in South Africa; University of Antelope Valley, which provides vocational certifications and university degrees in California, USA; and Property Investors Network, which provides property investment courses and events in England.

Genius Group’s current plan is to combine the education programs of the IPO Acquisitions with its current education programs and Edtech platform as part of one lifelong learning system, and it has selected these acquisitions because they already share aspects of the Genius curriculum and its focus on entrepreneur education.

Forward-Looking Statements
This press release contains statements that constitute “forward-looking statements”. Forward-looking statements are subject to numerous conditions, many of which are beyond the control of the Company, including those set forth in the Risk Factors section of the Company’s final prospectus for its initial public offering filed with the SEC. Copies are available on the SEC’s website, www.sec.gov. The Company undertakes no obligation to update these statements for revisions or changes after the date of this release, except as required by law.